And The Oscar For Most Redeemed Company Goes To… 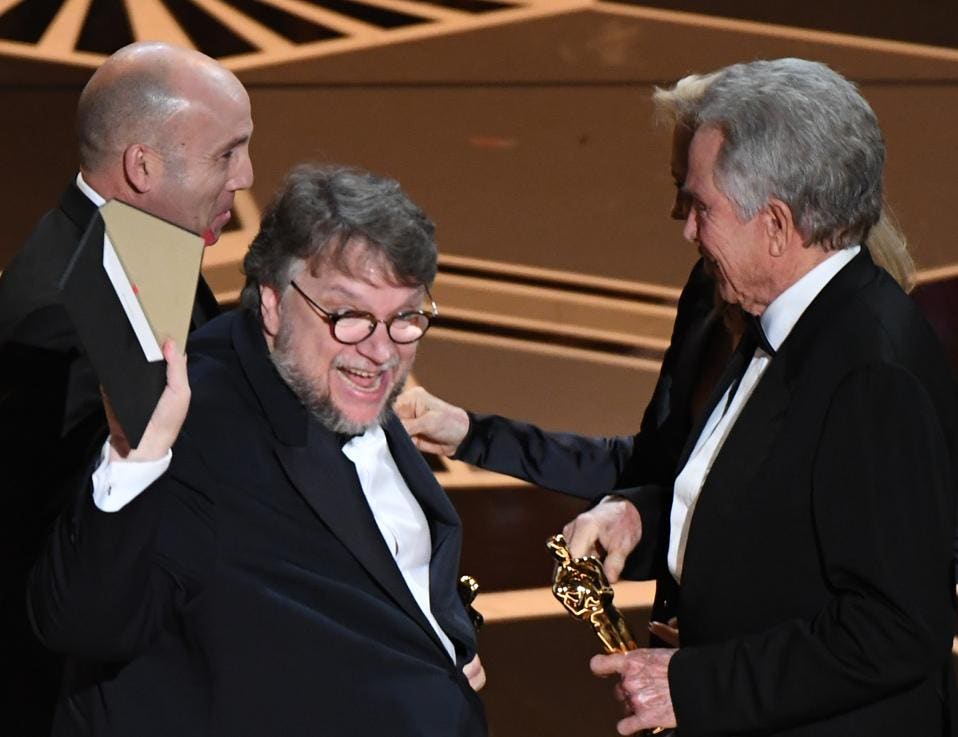 PricewaterhouseCoopers redeemed itself admirably by making good on its promise to get it right at the 2018 Oscar ceremony. This capped a night of high-character conduct across the board, resulting in one of the most satisfying broadcasts in many years. Let’s take a closer look. 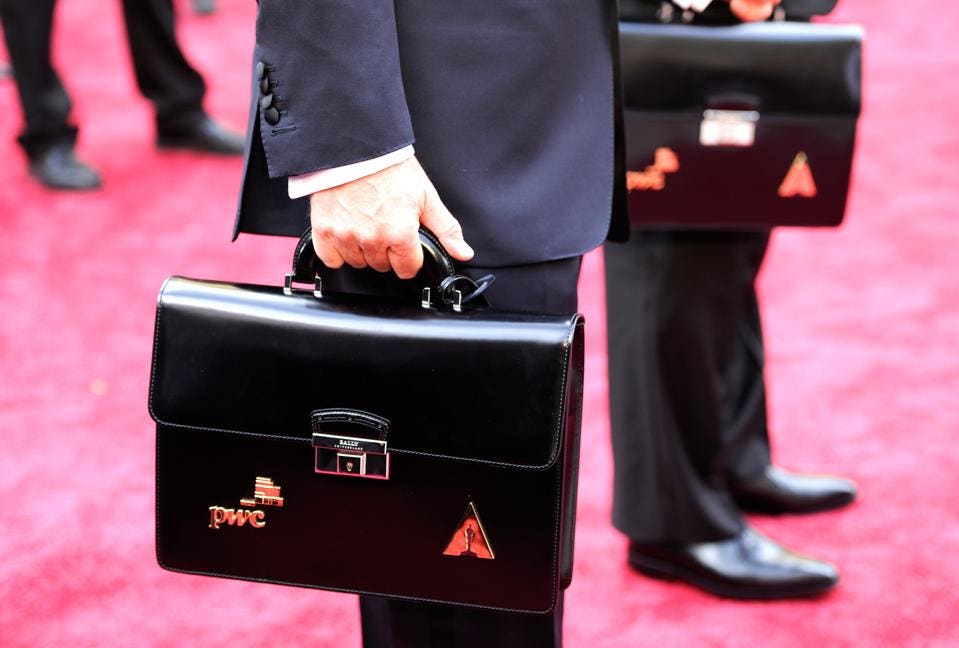 As I described last year in “Four Big Leadership Lessons From The Oscars Best Picture Fiasco” here, a distracted employee gave the wrong envelope to Best Picture presenters Warren Beatty and Faye Dunaway, resulting in the wrong picture, La La Land, being anointed top film instead of the actual winner, Moonlight. PwC board chair Brian Cullinan, tasked with handing envelopes containing the names of winners in each category, violated a crucial rule laid down by the host organization, the Academy of Motion Picture Arts and Sciences: don’t use social media while working backstage.

That’s a tough rule to follow. Who wouldn’t be starstruck on the starriest night in Hollywood and want to share pictures with your friends and colleagues? But the rule is there to ensure that everyone in the supply chain is focused on their jobs, and almost 33 million people watching the ABC broadcast saw the disastrous consequences when just one person chose to ignore that rule.

In the wake of the most bizarre ending in Oscar history but before the cause of the confusion was known, U.S. senior partner and chairman of PwC Tim Ryan vowed, “We have to get to the bottom of this, and if we made a mistake, we’ll own up to it,” and he did. I suggested last year that Ryan deserved praise for accepting responsibility for the problem and promising to make it right, two essential elements of accountability.

This year, when Beatty and Dunaway returned to correct a problem that wasn’t of their own making, Beatty announced that “The Shape of Water” was Best Picture of the Year, and indeed it was.

Accountability is one of 10 crucial qualities of high-character leaders, and it is all too rare in business and everywhere else. PwC, the sole accounting firm associated with the Oscars for 85 years, redeemed itself by righting a wrong that a high-level manager made.

The Academy Redeemed Itself Too 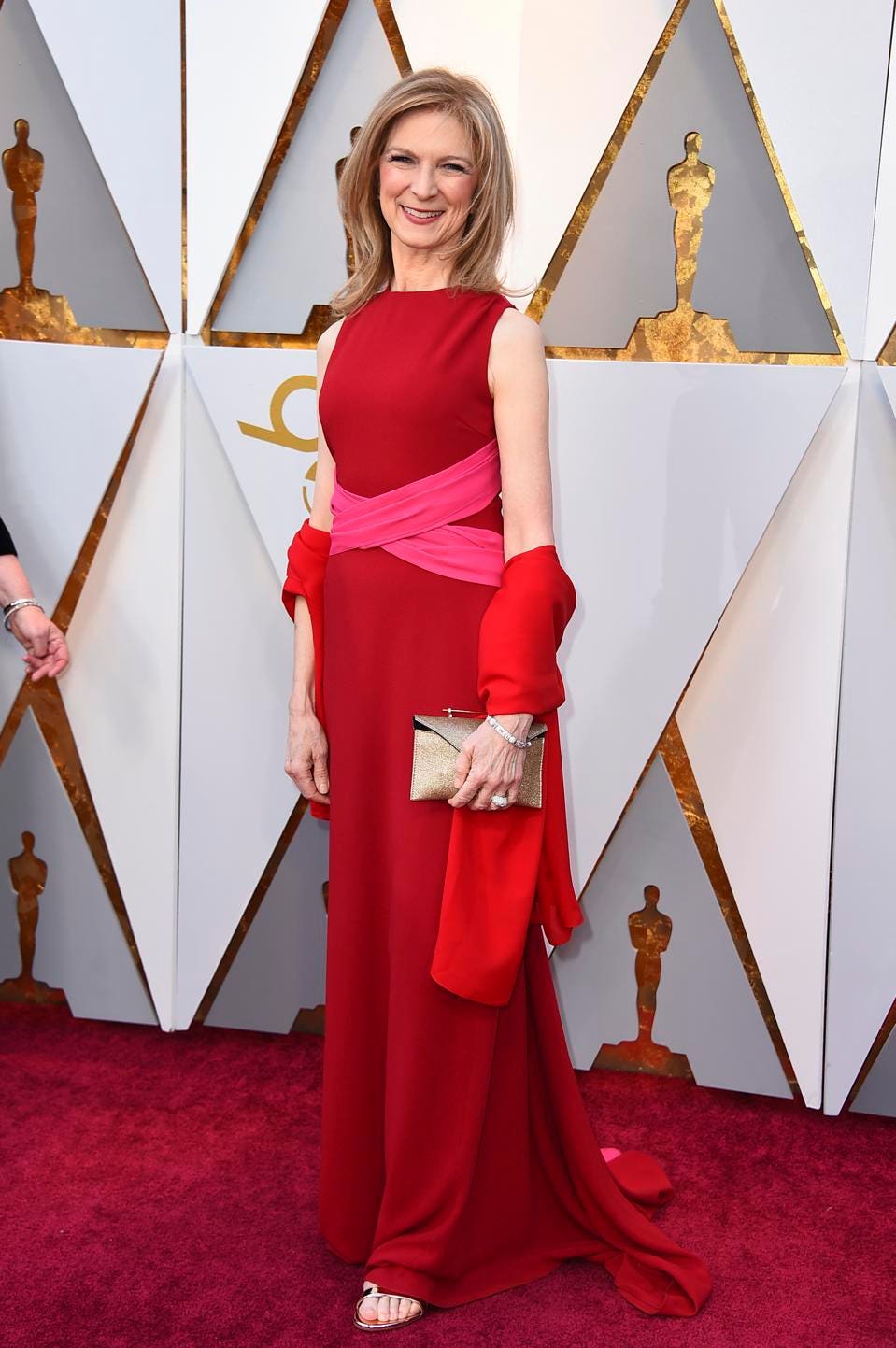 Dawn Hudson, CEO, the Academy of Motion Picture Arts and Sciences arrives at the Oscars on Sunday,… [+]

The accountants have one job to do-that’s to give Warren Beatty the right envelope. That’s what these people are paid a lot of money to do. If they were my accountant, I would fire them.

Crisis communications consultant Andrew D. Gilman told The New York Times that he predicted PwC “will take a hit” for betraying the trust that the Academy placed in the company.

The Academy, however, took the high road. It realized that PwC had conducted itself admirably throughout their long relationship. PwC had made only one another serious mistake when it gave presenter Sammy Davis, Jr. the wrong envelope-in 1964. Within a month of the 2017 kerfuffle, Variety reported that the Academy’s Board of Governors voted to keep PwC as its accounting firm of record. (In addition to assisting with balloting, the company handles the Academy’s taxes and audits.) The Board made a smart move in banning electronic devices from future ceremonies, but an even smarter move was ignoring the mobs calling for vengeance.

By evincing loyalty to a company that had done right by the Academy for almost a century, the organization demonstrated high-character leadership of its own. I’d want to work with an organization like that, and I’ll bet you would, too.

Other High-Character Moments In The Oscar Broadcast 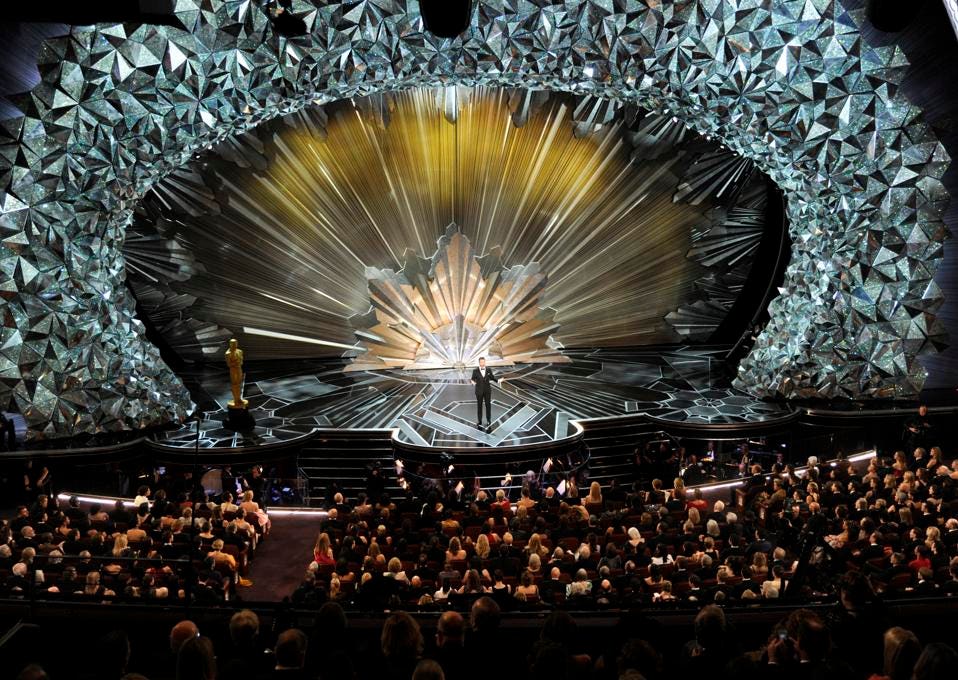 Emcee Jimmy Kimmel joked about the expensive Swarovski crystal set as example of the Academy’s humility, but several winners were indeed humble in their acceptance speeches. Cinematographer Roger A. Deakins had been nominated 13 previous times for his highly respected work on such films as The Shawshank Redemption, Fargo and Skyfall, but he’d never won before. You could hardly fault him for beaming with pride when he finally took home the gold for Blade Runner 2049, but that’s not how he responded.

Looking uncomfortable at being in the spotlight instead of being the person in charge of the spotlight, Deakins gave credit to everyone he worked with on the film, beginning with “I want to share this with my wife” and ending with thanks the entire crew because “it was a team effort, really.” His entire speech clocked in at under a minute.

Throughout the evening, presenters and winners noted that Hollywood was at last recognizing stories told by and about women, people of color and members of the LGBT community, even if there is still a long way to go. In her acceptance speech for being named Best Actress for Three Billboards Outside Ebbing, Missouri, Frances McDormand asked every woman in the Dolby Theater who had been nominated for an award to stand and share her Oscar with her. They did, to thunderous applause.

High-Character Leadership Is Good For Business 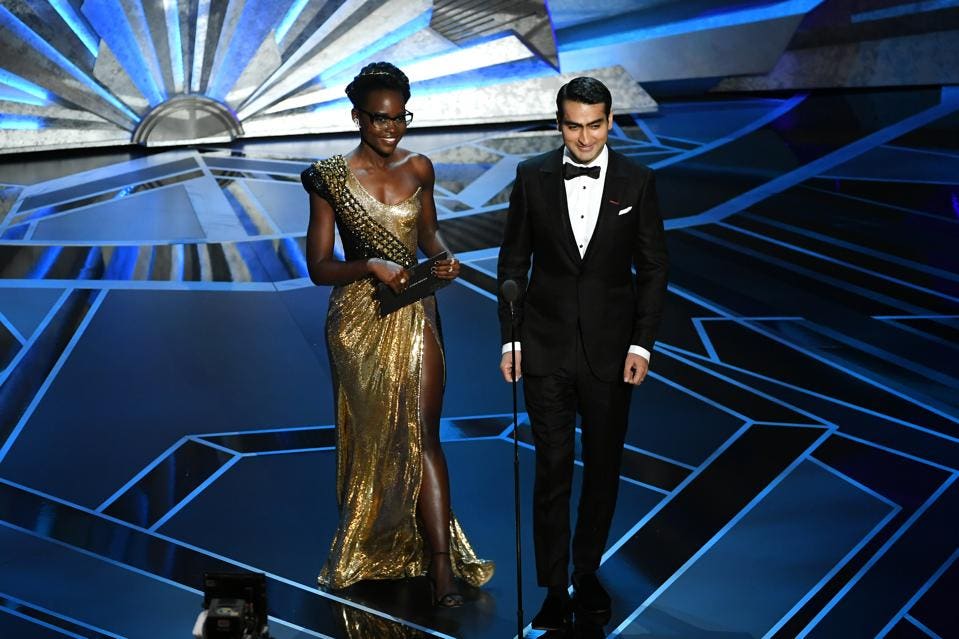 Comedian Kumail Nanjiani co-star and co-writer of Oscar-nominated The Big Sick, summed up why it’s in the entertainment industry’s own interest to make more films representing a wide range of cultures and perspectives:

There’s so many movies from different points of view that are making a ton of money. Don’t do it because it’s better for society and representation, even though it is. Do it because you can get rich. You’ll get that promotion, right?