Job Applicants: How To Tell Good Employers From Great Ones 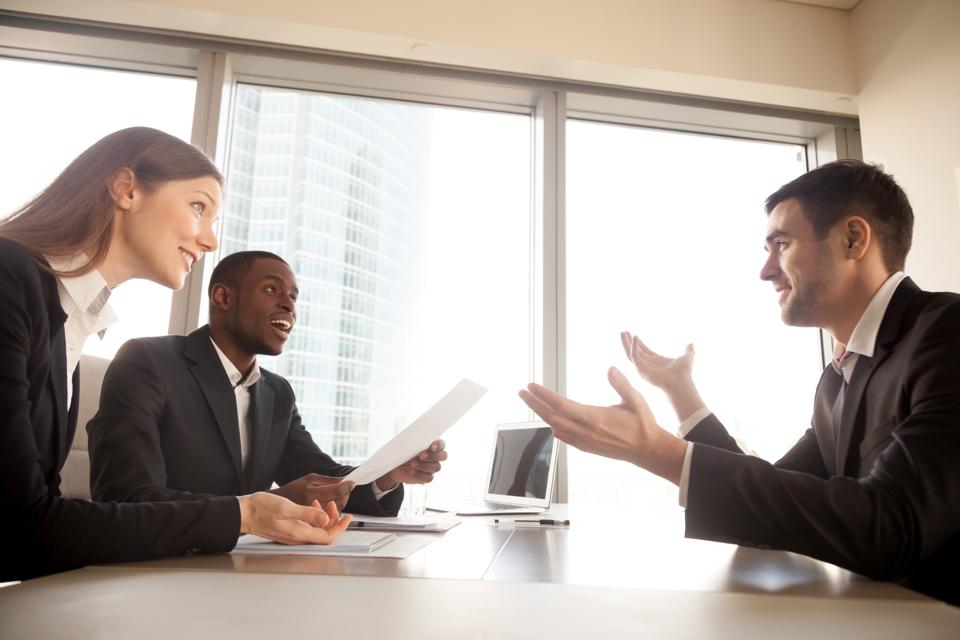 If you’re not a competitive job candidate, this column isn’t for you. There are lots of other articles that will help you improve your chances of getting valuable job offers.

But if you anticipate having more than one job offer, or if you already have several on the table and you’re trying to pick the right one for you, the following three questions will help you distinguish good companies from truly great ones.

1. Can you talk about a time in which an employee’s high character was directly responsible for a financial benefit to the company?

You will be the first person to ask your job interviewer this question. The purpose, however, is not shock and awe for its own sake. Rather, you want to reveal that you are onto a well-kept secret: high-character employees are the key to the financial success of great companies.

For example, I recently learned about a design engineer and field surveyor–let’s call him Frank–who made a mistake on a construction project he was working on. The mistake meant that the project’s completion would be delayed.

Frank was worried that his project manager–let’s call him Jesse–would be angry, but Frank found the courage to tell Jesse what had happened. Jesse then told the client, Melvin Meads Inc. (not their real name), about the situation, and guess what happened?

The client thanked Jesse for his honesty and ultimately gave Jesse’s company additional contracts for several years and a lot of money.  Melvin Meads Inc. was astonished that a contractor had the courage to tell them an uncomfortable truth, which they rarely encountered, and they rewarded Jesse’s company with a lot more business.

Wouldn’t you want to work for a company that had people like Frank and Jesse on their team? When both a business and its clients value high character, everyone wins.

2. What initiatives is the company taking to maintain a strong ethical culture, and how is it measuring its success?

If this question draws a blank look or some hemming and hawing, it probably means the interviewer hasn’t given it much thought. Worse, it means that the company isn’t giving it much thought.

A promising response is along these lines:

I’m so glad you asked that question! A strong ethical culture is very important to us. To work here, you have to walk the talk. We’re proud of our employees, and we’re constantly working to get even better.

Stronger still is a discussion of an initiative that is currently underway. For example, there may be quarterly town hall meetings in which the CEO fields questions from employees on site and beyond. For decades, management expert Ken Blanchard has emphasized the importance of the company’s leadership speaking regularly with front-line employees to find out what is working well and where opportunities for development lie.

As a job candidate, when you ask prospective employers how they maintain a strong ethical culture, you’re telling them, “It’s important for me to work for a company that values honesty, accountability and fairness.” It’s not enough for this to be important to you, however. It must be important to the company where you choose to work.

3. How does your company increase the likelihood that the people it hires and promotes embody the company’s values?

Once again, jaws will drop, because such a question from a job candidate is practically unheard of. The people fighting over you want to impress you with comp, benefits and other perquisites. These are important, of course. But as Peggy Lee asked, is that all there is?

If you’re the kind of person who would admit to making a mistake, just as the engineer Frank did, you want to be a part of a community that values and validates such behavior. Frank’s company may have stumbled onto Frank by sheer luck, but chances are the company sought people like Frank to work for them.

How do the companies vying for your signature on their contracts find people like Frank? What do they do to keep them? How do they deal with people aren’t like Frank and lie to clients?

You may not get straight answers to these questions (and in some cases, there may be legal reasons why this is the case), but it’s still valuable to raise them.

Companies that don’t walk the talk may dismiss questions about their ethical culture. But if your goal is to distinguish good companies from great ones, these questions will be welcomed.”No one has ever asked me questions like these,” you may hear, “but I’m really glad you have.”

Applying for a job is a lot like dating. (In the #MeToo era, this metaphor isn’t perfect, but just hear me out.) Recall what Sean Maguire, the character played by Robin Williams, tells Matt Damon’s character in Good Will Hunting, written by Damon and Ben Affleck:

You’re not perfect, sport, and let me save you the suspense: this girl you’ve met, she’s not perfect either. But the question is whether or not you’re perfect for each other.

The purpose of the three questions in this article isn’t to find out whether the company you may work for is perfect, but whether the two of you are perfect for each other. If you ask these questions in the right way–from the heart, and without a sense of self-righteousness–you may very well find out.