Should You Care About What Sinclair Is Doing With Your Local News? 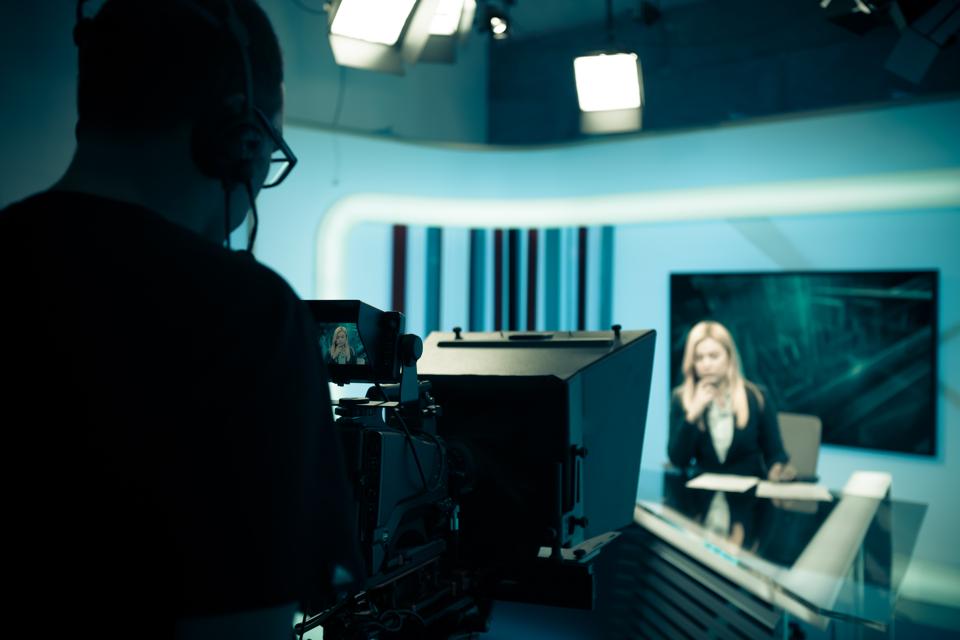 Sinclair Broadcasting has taken a lot of heat for requiring that their anchors tell viewers “The sharing of biased and false news has become all too common on social media” and that “some media outlets publish these same fake stories… stories that just aren’t true, without checking facts first.”

A video showing dozens of anchors in different cities reciting the same words went viral. On the face of it, however, there doesn’t appear to be anything wrong with Sinclair’s “must-reads,” as they’re called. Isn’t it true that fake news damages our democracy and erodes the public’s faith in the institution of news itself? And don’t all anchors read from scripts they’re given?

Sinclair owns more television stations than any other company, making it the largest station operator in the U.S. If the Department of Justice approves its acquisition of Tribune Media, Sinclair will be available in 70% of households here, according to The New York Times. Sinclair’s leadership thus has profound implications for what Americans see, hear and believe is happening in the world.

To help make sense of Sinclair’s actions, I turned to Eric Gonon, Senior Executive Producer of Spectrum News NY1’s morning news show, Mornings on 1. Eric has over 30 years of experience in local and national news. (Full disclosure: I do ethical analysis of the news from time to time on Mornings on 1. I am not paid for that commentary.)

In addition to explaining the ethical problems with Sinclair’s must-reads, Gonon has some revealing things to say about how job applicants in the news business can put themselves ahead of their competition. Hint: it’s related to high character.

Bruce Weinstein: Should the public be concerned about what Sinclair is doing with local news?

Eric Gonon: Yes. Sinclair is diluting the whole notion of unbiased news around the country.

News organizations have always had the prerogative to do editorials labeled as such, whether in print or on the air. But what Sinclair is doing with these must-reads is not labeled at all.

They’re having news anchors do unidentified commentary. It diminishes what local news is built on: the trust that viewers put in their anchors. It erodes the public’s trust in the news media overall. Sinclair is telling the public what to think, and that is not the traditional role of news.

Weinstein: I’ve heard people say, “If the anchors don’t want to read this text, they can just quit. They have the freedom to stay or leave.”

Gonon: Well, it’s not so easy. These are folks who have been in markets for a long time. They’ve worked their way up, and they’ve got well-paying jobs in their community. They’re established in their communities, and the public trusts them. So for them to just quit is easier said than done.

Weinstein: Sinclair CEO David Smith told The New York Times, “Do you understand that as a practical matter every word that comes out of the mouths of network news people is scripted and approved by someone?” What’s your response to that?

Gonon: What network news anchors are saying is news and what Sinclair is having their anchors read is not news. There’s a significant difference between those two. If the text in question were labeled as commentary, it would be ethically acceptable.

I’ve been at stations that did commentary that was labeled as commentary, but it was not delivered by news anchors, and it was separated from the newscast. Sinclair could have each station’s general manager present this material on the air, or hire people to give these commentaries. In a newspaper you don’t mix your editorial page or opinion page with your news reporters. The same thing can go in broadcast news, but Sinclair isn’t doing that.

Weinstein: How much editorial independence does any news organization have, since it has to accept paid advertisements?

Gonon: Most stations have a wall between editorial and sales.

Weinstein: Have you ever had the owner of a TV station tell you that you couldn’t do a certain story?

Gonon: When I worked elsewhere I had situations where the management asked us to tread lightly. Sometimes they said they’d prefer that we don’t focus on a particular company and we as a news team pushed back and said we can’t do that.

Once we were looking into shoddy practices in the auto industry. The station management warned, “Let’s be careful not to bite the hand that feeds us,” lest local car dealers pull their ads, but we did the story anyway.

Weinstein: You told the story the way you wanted to tell it.

Gonon: Yes, absolutely. I think the news director took some heat from the general manager. The general manager and the salespeople were more concerned about making money and less about editorial principles.

Weinstein: Did any auto advertisers pull their ads?

Gonon: Yes, but they ended up coming back because we were the number one station and they wanted the audience that we provided. They realized we were doing our job just like they were doing theirs.

Weinstein: To what extent do you think the station’s editorial integrity contributed to it being number one?

Gonon: It had a lot to do with it. Other stations were far more sensational. We stayed true to our editorial focus. A relationship with viewers is built over a long period of time.

And that’s why these Sinclair anchors are in such a tough spot. Many of them have been veterans in their markets for decades. They’re being asked to do things that compromise their editorial integrity, and there’s not a whole lot they can do about it.

Weinstein: So let’s say that a news anchor quit a TV station because he or she is uncomfortable ethically with being told to read political commentary that isn’t labeled as such. Then the anchor applies to the work for you. Would his or her decision to quit the previous job for ethical reasons affect your evaluation of him or her?

Gonon: For me personally, it would be a positive. I like journalists who are dedicated to journalism and know where that line should be drawn.

Weinstein: In other words, somebody who is courageous puts themselves ahead of the competition. As long as the job candidate is knowledgable and skilled, their high character makes them more marketable.

Gonon: Yes. I would have a lot of respect for someone who is putting their livelihood on the line because of their editorial principles.

This interview has been edited and condensed. Eric Gonon’s views are his alone and do not necessarily represent the views or policies of NY1.