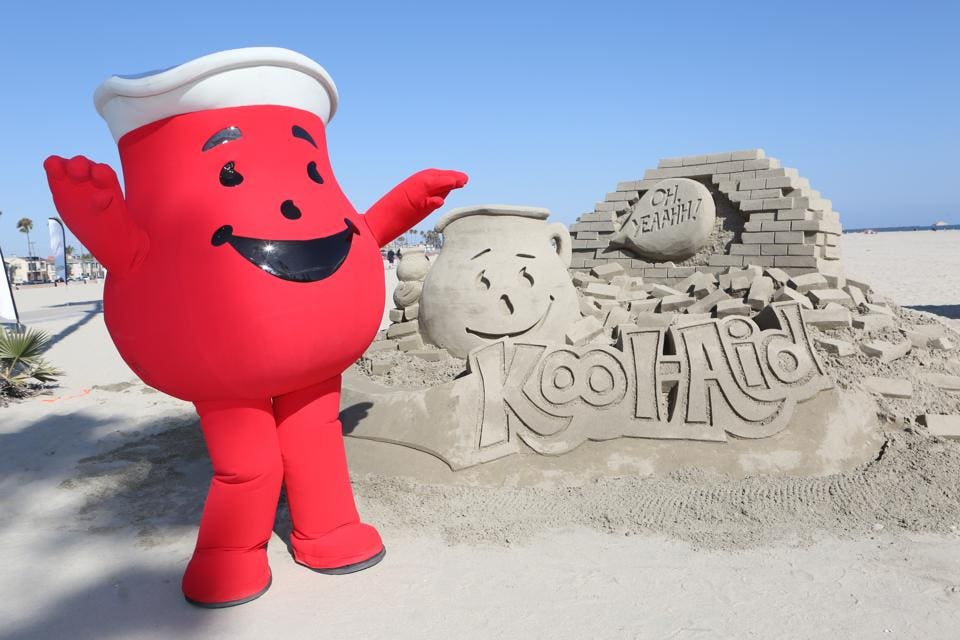 The phrase “drinking the Kool-Aid” refers to followership at its worse. It was coined after a delusional, pseudo-guru named Jim Jones led his cult, the Peoples Temple, to mass suicide. Over 900 people, including 304 children, killed themselves by drinking from a vat of grape-flavored drink laced with cyanide. The media reported that Jones had used Kool-Aid as the vehicle for poisoning his followers, and ever since then, “drinking the Kool-Aid” has been used to refer to reckless devotion.

There’s one problem. Jim Jones used Flavor Aid, not Kool-Aid, to mix his deadly drug with, and this confusion has profound marketing and ethical implications.

High-Character Leaders Get The Facts Right

This is a column about high-character leadership, so it’s not surprising that truth is a recurring theme. When leaders don’t do their due diligence in getting the facts right, they run the risk of violating the most fundamental ethical principle of all: Do No Harm.

Words can harm a good reputation that has taken years to build.Kool-Aid may not be a health food, but it’s a fun beverage that millions of kids, including your humble correspondent, grew up drinking and loving. It remains a popular drink in the U.S., Canada and many other countries.

I still remember the taste of the grape Kool-Aid popsicles my mom used to make my sisters and me when we were young, and I’ll bet you have fond memories like that yourself. Why should these memories be tainted by an association with something horrible like mass murder, especially when that association isn’t even truthful?

What If Brand Confusion Hit Close To Home?

You work hard to create a product or service that other people will like. After years of intense labor, would it matter to you if your product or service was linked to humanity at its worse, and for no good reason? If not, then you’re not emotionally, financially or ethically invested in what you do. It’s just a job.

That disconnect between what you do and why you do it may apply to other people you know (and perhaps work with), but it certainly doesn’t apply to you. You’ve read this far in a column about ethical leadership, so you care about leading with honor and integrity. It matters to you, as it should, how the public perceives your product or service, and it would be deeply disturbing if that perception were both troubling and based on a falsehood.

The Call to Action

It’s best to avoid using “drinking the Kool-Aid” as a metaphor for misguided followership and to gently correct people who use it that way. You could tell them, “Actually, it was Flavor Aid, not Kool-Aid, that the Jim Jones cult used to commit mass suicide.” Then explain why this matters. People who care about leading with integrity will thank you. The  people at the Kraft Heinz company will be grateful, too.

Unfortunately, this does the Flavor Aid folks no favors. Out of concern for a company that hasn’t done anything wrong, we ought to forget about linking their product to one of the greatest tragedies of the late 20th century and find another way to talk about foolish followership.

You’re a person of integrity, so you want to get the facts right, and you want to avoid causing undue harm. These are two great reasons to stop using a hurtful expression that has no basis in reality.