Yes, You Should Use ‘Honest’ In Your Resume (With Caveats) 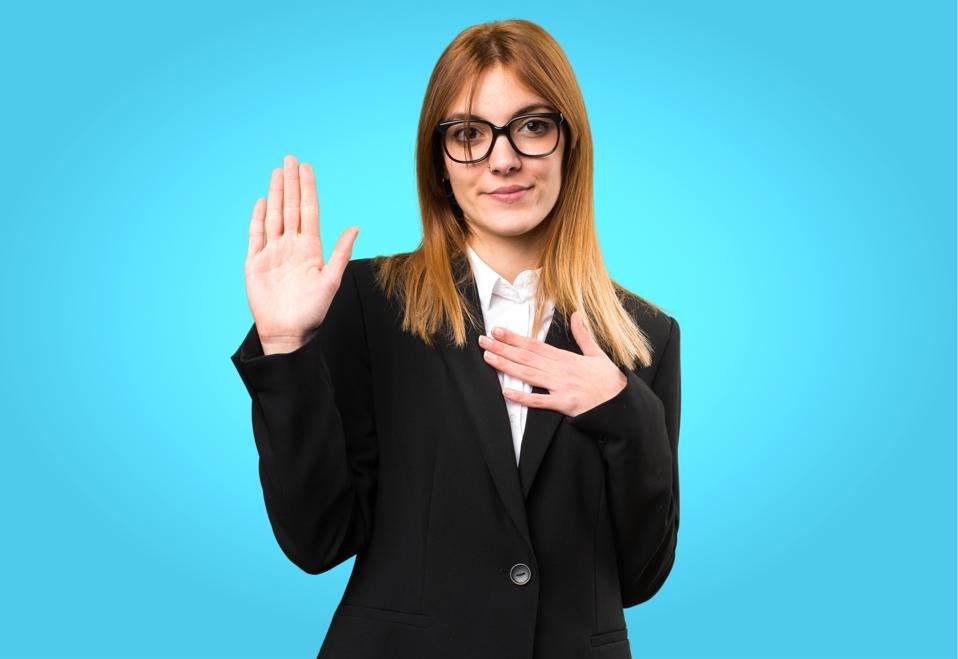 Want to put yourself ahead in the job market? If you’re a person of high character, say so in your resume.

Include references to your character in your job applications and correspondences with your prospective employers, too.

Before I explain why this makes sense, let’s take a look at one headhunter’s argument against the practice.

Two Reasons To Avoid Using Ethical Language In Your Resume

David Pinkley, owner of the North Carolina-based staffing and recruiting firm Executive Insight, recently posted a video on his LinkedIn and YouTube pages under the heading, “Think twice before using this word to describe yourself on your resume.” He argues against using “honest” or “high integrity” because “no one’s challenging the integrity of any candidate.”

There are two reasons why job applicants would use ethical language in their resumes, he claims. “Usually there’s something behind the scenes or some other sort of background story that’s motivating someone to consider honest or high integrity as being a salient adjective for them,” Pinkley says. In other words, there are issues external to the candidate that he or she wants to be keep at arm’s length and to assure the prospective employer that the candidate is not enmeshed in these troubles.

The second reason Pinkley says an applicant would describe themselves as “honest” or “high character” is personal:

There are just some people that walk the earth with some standard of expectation of behavior that no one can ever achieve at all. And they walk everywhere, essentially pointing out what things other people do wrong. They’re highly judgmental. They’re black and white. They have a very hard or harsh standard of what is true, honest and fair.

I understand what Pinkley is saying on both scores. If you’re at a company that is embroiled in scandal and you’ve done nothing to wrong yourself, it makes a lot of sense to distance yourself from this, beginning with getting out of there. And no one likes self-righteousness. That’s one of the least appealing personal qualities there are, along with selfishness and self-importance.

I’ll admit, though, that I’m  perplexed about Pinkley’s prescription to avoid talking about one’s own commitment to ethics, since one of the guiding philosophies of his company, Executive Insight, is “Play fair.” Fairness is a fundamental ethical principle.

That aside, let’s consider two powerful reasons why savvy job applicants should indeed discuss their honesty, accountability and other high-character traits.

Several years ago on 60 Minutes I heard a business leader discuss a major problem with how companies hire people. “We hire for competence and fire for character,” he lamented.

It makes no sense for a company to wait several years to see whether a new hire is going to turn out to be a person of high character. Companies must hire for character as well as competence. As I describe at length in my book, The Good Ones: Ten Crucial Qualities of High-Character Employees, there are many useful questions that employers can use to increase the likelihood of hiring people of integrity.

Chances are, however, that the companies you are or will be applying to haven’t made this leap, yet. Take a look at the companies’ values statements on their websites (which too often are buried deep within the site). Then compare what those companies say they value with what they’re actually looking for, according to the published job descriptions.

What most companies seek are knowledgable and skilled people. Competent people. That’s important, but character is important, too. Yet you probably won’t see any mention of that in the job descriptions, and your interviewer probably won’t ask you about your character.

This is where you can put yourself way ahead of your competition by making it clear that you’re a high-character person who cares deeply about honesty and accountability. I disagree with David Pinkley that simply describing yourself as an honest person marks you as self-righteous or in possession of impossibly high standards of behavior.

Consider this too:  It’s unlikely that people applying for the same positions as you will talk about their character. By incorporating ethical language into your resume, job applications and interviews, you’re in effect saying to prospective employers, “By hiring me, you’ll get someone who is not only knowledgable and skilled but who is also a person of integrity.”

There are several caveats worth mentioning, per Pinkley’s concerns.

This seems obvious to the point of triviality, but I still need to emphasize that what I’m suggesting won’t work if it’s not based on truth.

2. Be prepared to provide evidence about your high character.

When a prospective employer sees that you describe yourself as honest, he or she is bound to ask, “Can you give me an example?” You should have at the ready a story or two about how your passion for the truth made a positive difference for others, preferably in a business setting.

Going on and on about how trustworthy you are is likely to backfire. It will make you look as though you have something to hide, even if you don’t.

With these warnings in mind, it is in your own interest to boldly proclaim your commitment to high ethical standards and to explain how your integrity will go a long way toward helping the company you want to work for achieve its financial goals, serve its clients well and make a significant contributions to the organization’s mission and culture.